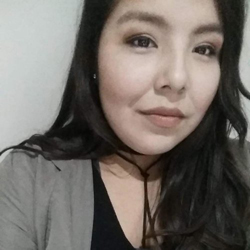 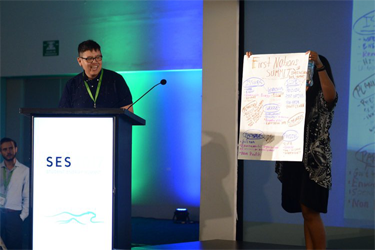 Disa Crow Chief and Cory Beaver first joined forces in 2017 at the International Student Energy Summit in Mérida, México. During the Innovation Jam session, in which delegates pitch and discuss ideas for creative energy initiatives, each of them brought forward the idea to unite Indigenous youth to live Canada’s sustainable energy transition. This shared vision eventually developed into SevenGen, the first Indigenous Student Energy Summit, hosted on Tsuut’ina land near Calgary, Alberta.

SevenGen, short for seven generations, “is inspired by indigenous peoples’ core belief in thinking in a cycle instead of linear when making decisions and or having discussions. We are keeping in mind the future of not only ourselves but for our future generations & how the decisions we make will affect them. As indigenous people this is important in how we lead our lives."

Using this as a guiding principle, SevenGen became a four-day summit filled with inspiring keynote speakers, thoughtful panel discussion, collaborative mentorship, engaging workshops, and fun extracurricular activities. To ensure that cost wasn’t a barrier for youth to participate in this extremely important conversation, SevenGen covered the flights and conference fees of all 200 delegates, thanks to sponsorship from partners like Suncor, Alberta Ecotrust, Calgary Foundation, and Innergex.

This was the first time organizing an event of this magnitude for both Cory and Disa, and they were open about how challenging this endeavour was, as there was so much to learn and many moving parts to coordinate. Fortunately, they were guided by Meredith Adler, Executive Director of Student Energy, a Canada-based global charity dedicated to the next generation of energy leaders. With her help, and the help of the team from the Mount Royal chapter of Student Energy, they were able to work through these challenges and organize an unforgettable weekend. They all agreed that it was well worth the effort; they were so proud to see youth from throughout Canada coming together to be a positive force in the world and in their communities. Having had such a fantastic response from participants, the team is already looking to the future and discussing the possibility of a global SevenGen summit.