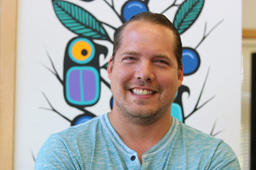 AJ’s grandfather always emphasized the importance of education and experience, so when he saw the opportunity to go back to his home community of Gull Bay First Nation in northern Ontario as the Mashkawiziiwin Energy Projects Coordinator, he was thrilled. “I got excited and applied. I updated my resume, wrote a cover letter, contacted my references, and submitted my application hoping for the best. I got a call for an interview so I dressed up in my finest suit and did my best.” He had always wanted to work in his home community in a role that would make it an even better place to live.

His small community, the Ojibwe Nation of Kiashke Zaaging Anishnaabek, numbers 97 homes and 13 community buildings, and has depended on diesel power generators since the early 1960s. These generators use 450,000 L of diesel per year, and don’t have the capacity to support any new homes or services like schools. There is also a complicated energy legacy in this community, after the construction of a dam that transformed the landscape and altered the way of life of the people of Gull Bay First Nation. The Gull Bay Diesel Offset Micro Grid Project is the start of a journey of reconciliation between the people of the community and Ontario Power Generation.

Since March of 2017, AJ has been working to make a difference through his work on the Gull Bay Diesel Offset Micro Grid Project, which aims to help balance generation from diesel and solar energy, and energy storage in order to reduce diesel dependence in the community up to 25%, or 120,000 L annually. The benefits don’t end there. AJ highlights that along with the lowered carbon emissions, the community has gained valuable experience developing clean energy solutions, created multiple employment opportunities: five jobs for construction and commissioning, two jobs over three years for development, and one job over 20 years for operations and maintenance.

This project has been immensely successful and garnered attention throughout Canada. Members of the community have presented at several conferences across Canada, participated in national and global panel and roundtable discussions, been filmed for an upcoming TV series called “Power to the People,” and were interviewed for a documentary.

Despite the success of the project, it has not always been easy for AJ: “To be honest, at times I felt like giving up. I felt like it might not be worth the grey hairs, the hurt, the defeat, but then a voice in my head would go ‘you’ll be okay, you’ll learn something from this, this will benefit your community and the next generations’”. His perseverance despite the doubts and his dedication to the betterment of his community for future generations, shows AJ for the energy champion that he is. He is clearly a part of making his vision a reality for Gull Bay First Nation – one that includes clean technology, eco-friendly homes, a strong presence of Anishnaabe language and culture, preservation of the land, animals and plants, and a community that is happily connected to each other and Canada.

AJ knows he couldn’t have gotten to where he is alone. “Lumos Energy runs the 2020 Catalyst training program, specifically designed to empower and strengthen the capacity in Indigenous Communities for energy projects. I signed up and went through the training, connecting with like-minded and same-hearted people living and/or working in First Nation, Inuit and Metis Communities across Canada. I was also connected with professional resources and service providers that can help me and my community with the energy projects we are (and will be) dealing with. Now I feel capable and proud to be serving my community in this clean energy journey.” He also recognizes that his community has received funding from government and private sources to offset costs, including Ontario’s Smart Grid Fund, Ontario’s Northern Ontario Heritage Fund, Ottawa’s NRCan Clean Energy for Rural and Remote Communities Program, the Independent Electricity System Operator’s Energy Partnership Program, and the private LDC Tomorrow Fund. 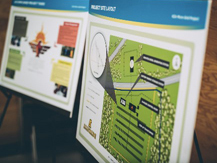 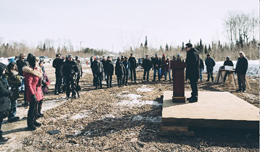